Mobile apps have become a must for many organizations across various industries. Companies strive to meet user expectations of convenient ways to access information, products, services and processes they need just under their hands.

To stay competitive, organizations need to develop the mobile applications that their customers and employees require, available on both Android and iOS platforms. Each business decides for itself whether to develop two applications for each operating system or use a cross-platform approach.

In this article, we have described the cross-platform mobile app development, its benefits and challenges, and prepared a list of the best cross-platform frameworks of relevance in 2022.

What a cross-platform mobile app development is

Cross-platform development is the practice of developing software that can run on different operating systems, allowing businesses to be available to as many consumers as possible. From the developers' point of view, they write the code once and then reuse it to create apps for other platforms, making it possible to release a product faster.

The difference between native and cross-platform app development

There are several factors developers, team leads, and others should take into consideration when choosing the appropriate option for mobile app development. Here, we have gathered the most important differences between native and cross-platform approaches:

However, cross-platform mobile app development is essential for businesses seeking to save time and money. Furthermore, some of the most well-known companies, for example, Meta, Bloomberg, Skype, Airbnb, Walmart, Pinterest and many others, use cross-platform app development for their mobile applications. Below, we describe this approach in more detail.

Pros of a cross-platform application

Cross-platform apps have gained big popularity thanks to the great advantages that they provide. We have presented some of the meaningful ones:

Development speed is one of the best benefits of a cross-platform approach. Developers can complete the projects in less time by using a single source code for both platforms, instead of writing two codes in native development.

With a single codebase, it is easier to deploy and maintain the app if it needs to be transformed or customized. Updates can be synchronized over all platforms and devices.

Using the same code for all the platforms allows reducing development costs, as only one team of programmers is required to develop and maintain an app when compared to two teams for native apps development.

When an app is compatible with both operating systems, it is used by a larger number of users, instead of native mobile app development, which covers only one part of the mobile operating landscape.

Cons of a cross-platform application

The more complicated code of hybrid solutions combining native and non-native components can slow down an app performance because of an extra abstraction layer and inconsistent communication between the platforms.

Having to use a single codebase for both the platforms, developers are not able to take advantage of all the platform-specific UI/UX design features, such as advanced graphics and animation or 3D effects. But creating a straightforward UX design that is focused on critical functions, you can provide a better user experience. Mobile users generally want apps to be convenient and easy to use.

We have gathered 4 most popular frameworks in 2022, known for their ease of use and simplicity when building an app:

Flutter is an advanced, open-source software development kit (SDK) with its own UI widget framework library that is based on Google Material design. Flutter is powered by Dart programming language, which is a strongly typed, garbage collected, object-oriented language with C-like syntax. And it will look quite familiar to anybody who’s worked with Java or C#.

According to the JetBrains research conducted among developers, Flutter is the most popular cross-platform mobile framework used by global developers in 2021.

Thanks to Google developers and the community around Flutter, it is dynamically developing and a community of its supporters is only growing.

According to the statistics, Eastern Europe remains the best direction for outsourcing and hiring Flutter developers, with an average hourly rate of $30.

React Native, created by Facebook, works in two parts. The first handles and processes the UI and user gestures. The second functions with the help of JavaScript engines, bridging JavaScript code to native threads, which makes the UI truly native.

The framework uses JavaScript as a programming language and GPU-oriented development methods. Many standard functions are also available on all the supported JavaScript runtimes. JavaScript syntax transformers make writing code more enjoyable by allowing for the use of new JavaScript syntax without having to wait for support for all interpreters.

React Native is open-source and can be used to develop apps for Android, iOS, macOS, tvOS, Windows, and web.

Xamarin is an open-source developer platform from Microsoft. Xamarin uses C# and Ruby for coding. Thanks to its ease of usage and compatibility, especially large companies use this tool for coding. Ruby is a very dynamic, reflective, open-source, and object-oriented programming language. C# belongs to a family of languages with C-like syntax, of which its syntax is closest to C++ and Java. The language has static typing, supports polymorphism, operator overloading, and so on.

The Ionic framework is also open-source and considered one of the most popular platforms today. It includes a rich library of front-end tools and user interface components, which makes it easy to create apps with CSS and JavaScript. CSS can be stored in one place, then referenced in multiple other places. They also make it possible to change CSS dynamically at runtime. CSS variables make it easier than ever to override Ionic components. JavaScript syntax transformers make writing code more enjoyable by allowing for the use of new JavaScript syntax.

Cross-platform development is certainly a growing trend with good prospects for future development. Large corporations such as Google and Facebook are the major driver of technology, but demand from private businesses also plays a significant role in the popularity of the cross-platform approach to mobile application development.

The benefits of this approach to application development outweigh the disadvantages of using it. Significant cost savings at the development stage allow businesses to enter the market earlier, and the popularity of the technology facilitates the expansion of the market for specialists and companies providing cross-platform development services. 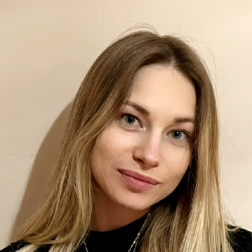 Linkedin
As a content writer, Yulia strives to provide relevant and useful information in an accessible way to help navigate complicated concepts and make right decisions The blog post about benefits businesses can get from creating their own mobile app, along with the reasons they should do it. We have figured out why legacy software migration is now so important, and prepared a 6-step guide to incorporate it seamlessly and successfully. Types of enterprise systems and their modules' explanation

We will tell what exactly the enterprise system is, how it can help businesses, present its major types and their key features.